On the 16th July 2013, the HOSCAP Borneo research team encountered a pangolin trapped in a net at one of their research sites in the Sela’an Linau Forest Management Unit (FMU) in the Upper Baram region of Sarawak, Malaysia (Borneo). The researchers freed the pangolin from the trap and examined the animal for injuries before releasing it in the forest. Although pangolins are listed as Endangered in the IUCN Red List of Threatened Species and is listed as Protected in Sarawak, pangolins continue to be hunted due to the high value of their scales. The photos captured in this album show the release of this pangolin by HOSCAP Borneo researchers. 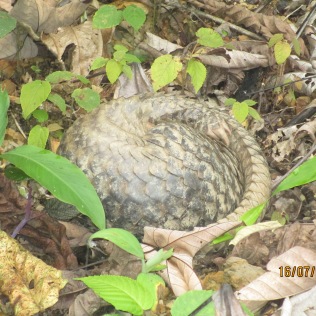 The rescued pangolin remained curled up in a tight ball for several minutes after the HOSCAP Borneo team released it from the net. 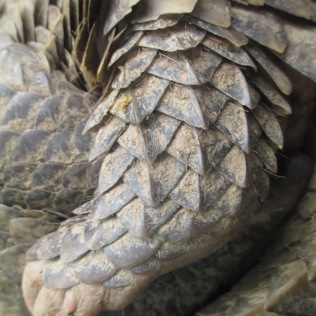 A close up of Pangolin scales – unfortunately pangolin hunters receive a high price for pangolin scales and as a result hunting practices adopted in some regions have been adapted to specifically target this species. 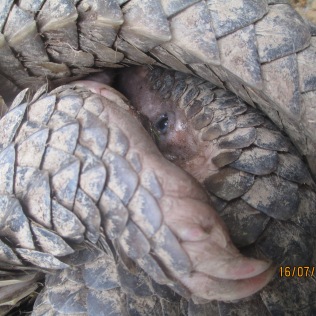 The rescued pangolin curled up in a ball. 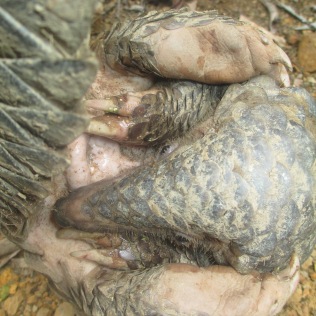 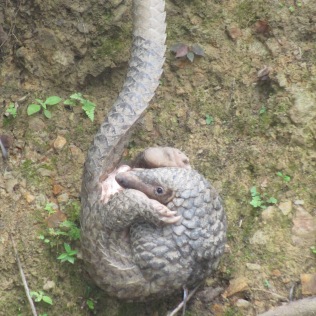 The rescued pangolin starts to uncurl. 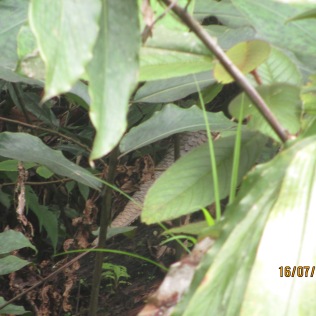 The rescued pangolin disappearing in to the forest after it was released.